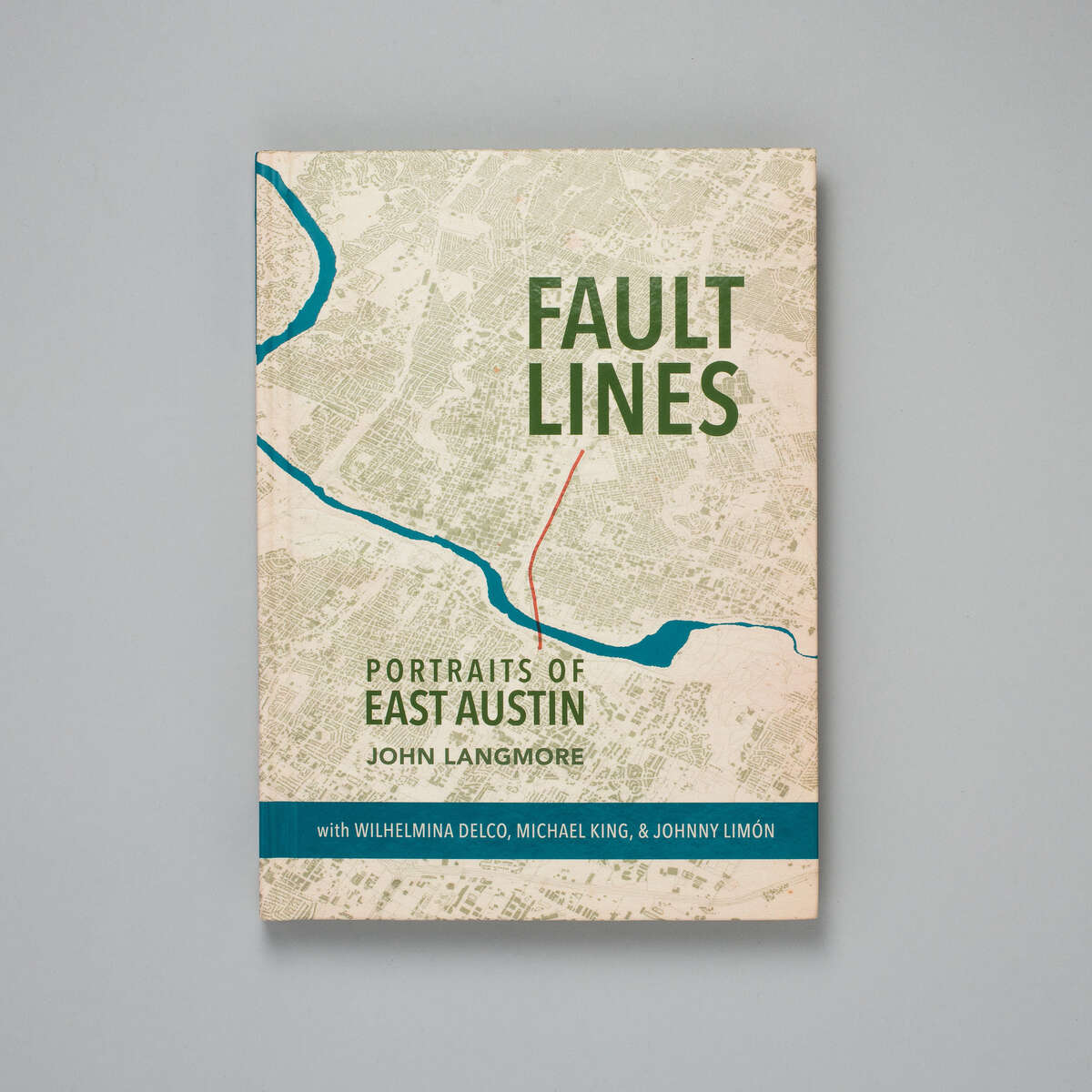 
After years observing the fragmentation of East Austin’s Latino and African American communities, photographer John Langmore began to chronicle the historic neighborhood and its residents. His aim was to capture the gentrifying neighborhood’s unique nature and to make Texans aware of the people and places negatively affected by the state’s growth.

Fault Lines features more than a hundred color and black-and-white photographs taken between 2006 and 2011, during which time Langmore was fully aware that the window for capturing the community was rapidly closing. Indeed today many of the neighborhood places, and even the people, have been lost to development and increasing rents and property taxes.

The book also has a foreword by Michael King, a longtime political reporter for the Austin Chronicle; essays by East Austin resident Wilhelmina Delco, Austin’s first African American elected official and a ten-term member of the Texas House of Representatives, and Johnny Limón, a sixty-six-year resident of East Austin and a prominent member of the neighborhood’s Latino community; and an epilogue by Langmore.