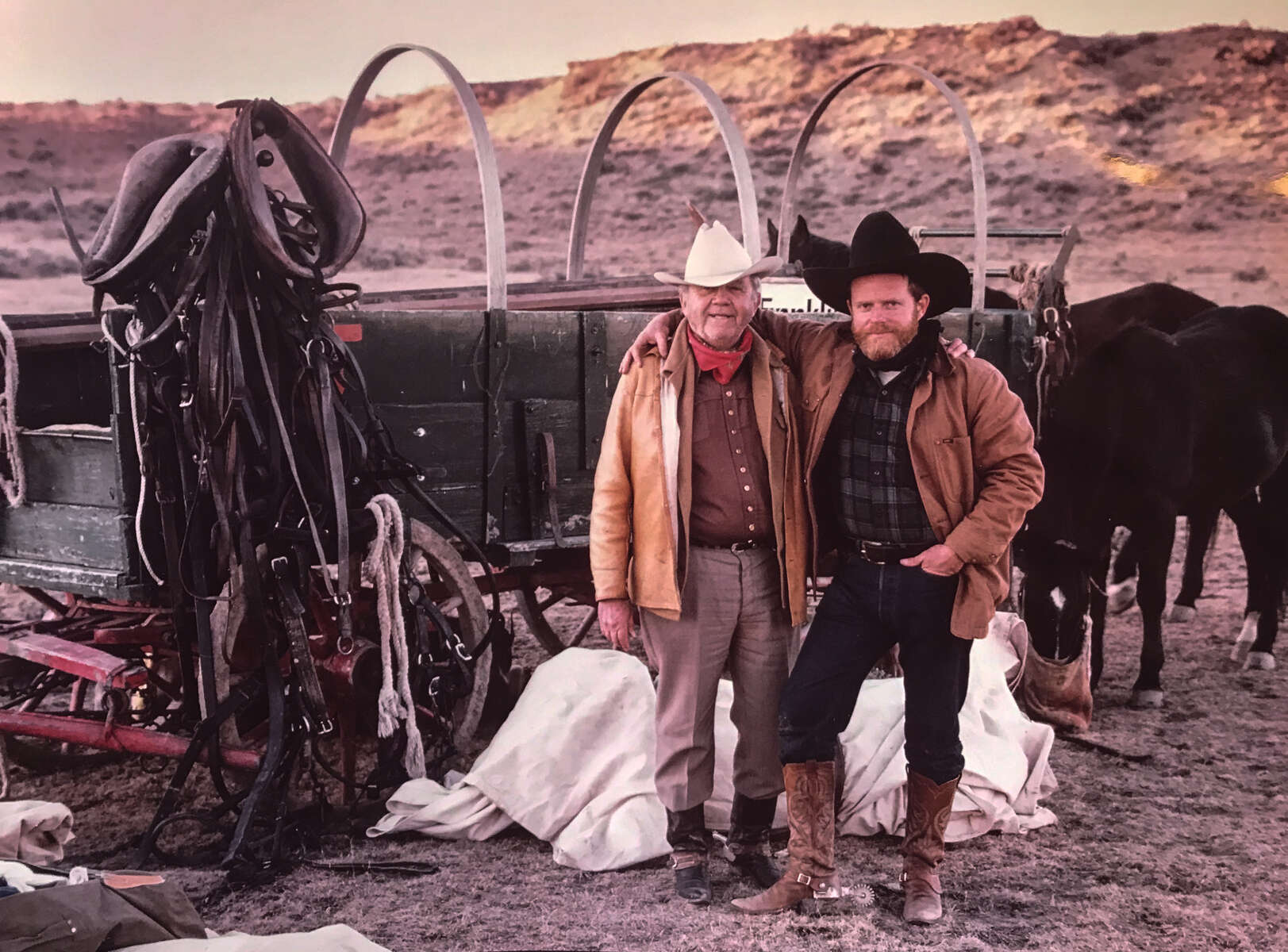 It was during this time that Robert’s stories inspired Bank’s lifelong love of the working cowboy.

After the war, Bank was sent to San Antonio to attend the Peacock Military Academy (which he never took to) while his parents lived in New York. One of his letters back to his parents pleaded, “Could you please try and get me some cowboy books, and not about olden day but about now-a-day cowboys.” Bank’s father eventually moved to San Antonio to start an airline with his wartime friend, Tom Slick. Tom Slick, the legendary businessman, inventor and adventurer would also play a significant role in young Bank’s life. In 1950 Mr. Slick wrote to his friend, Will Lewis, the prominent Panhandle rancher and owner of the RO Ranch in Clarendon, Texas, and said “A good friend of mine has a son, Bank Langmore, Jr., who is fifteen years old and very keen on ranching. This boy is a fine husky boy and he has had a lot of experience in riding and has done quite a lot of actual ranch work [that was a stretch at best!]. He is most anxious to work for the experience, during the summer, on some ranch out in the ‘real ranching country’”. Bank spent the summer of 1950 on the RO and discovered the way of life that would become his trademark.

While attending Alamo Heights High School in San Antonio, Bank met the young and beautiful, Dorothy Granberry. They would go on to marry and have three children, Will (Wilfred Bankart IV), John and Marie. Although Bank and Dorothy would eventually divorce, they remained in love and committed to each other for their entire lives.