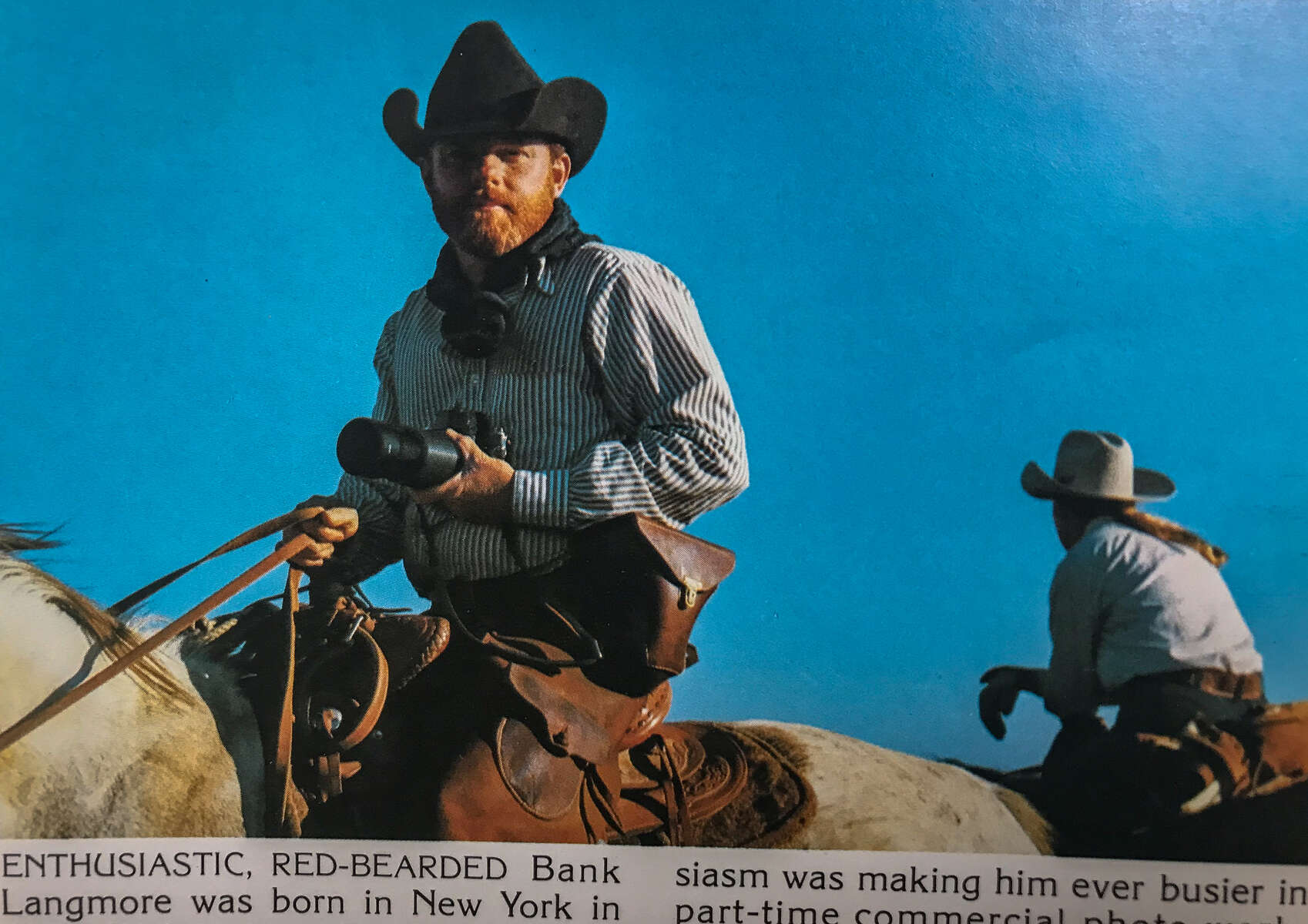 Bank served in the Army in Korea and it was there something happened that would change the course of his life . . . he bought his first Minolta rangefinder camera. After serving in the Army, Bank attended Universidad Iberoamericana in Mexico City. He returned from Mexico City to marry Dorothy and they eventually landed in Dallas where Bank embarked on a corporate career with the Latin American division of Anderson Clayton & Co. But Bank’s passion for and early success with photography nagged at him and as anyone that ever knew Bank can attest, he wasn’t cut from corporate cloth. So, he left the comfort of a corporate career in the early 70’s and embarked on a new life as a photographer. As Bank’s longtime gallerist, Ben Breard, said, “Bank could have sold something to anyone!” He sold William Morrow & Co. on the idea of commissioning an untested photographer to photograph a book documenting working cowboys across the American West.

The resulting book, The Cowboy, published in 1975, was a hallmark of authentic documentation of the working cowboy. After encountering the book, any number of young men headed West to try their hand at cowboying. And like the work of Will James, The Cowboy holds a revered spot in most cowboys’ bookshelves.

The Cowboy launched Bank’s career as a highly regarded photographer. His work was widely published and exhibited around the world, including recently at San Antonio’s Briscoe Western Art Museum and the National Cowboy in Oklahoma City. He was considered a master darkroom printer and anyone that ever worked with him knew his commitment to making the “perfect print” . . . (cont.)